Work of Microsoft Dynamics 365 Business Central consultants does not end after system go-live. During daily operation unforeseen circumstances may emerge resulting from insufficient knowledge of the user or because of unexpected events occurring during system implementation. Now we would like to discuss in detail, various issues that are specific to services we provide for our customers using Microsoft Dynamics 365 Business Central in multiple subsidiaries and countries. In spite of our many years’ experience in supporting Business Central users in Poland, we were faced with new problems after we launched our helpdesk for global projects These problems included:

In addition, change management issue is one of the most important aspects of helpdesk service for multi-national companies.

3 levels of support in global companies

The approach which we consider optimal for global companies involves the provision of support services within 3 levels.

The lowest level of support means offering support by the key user to the end user. The implementation of Microsoft Dynamics 365 Business Central always involves comprehensive trainings for the customer’s key users who hold a significant project roles. The knowledge they gain during project works can be still used to support end users once the implementation works are completed. The main advantage of this approach for global companies is that on Level 1 communication is done in the end user’s native language. If the end user was to solve problems by contacting helpdesk at the headquarters, the technical support department would have to be able to use multiple languages or the end user would be required to speak a specific language, e.g. English. Both options hinder communication and problem resolution.

Level 2 involves communication, usually in English, between key users and the headquarters’ helpdesk department. Support on this level is provided whenever the key user is unable to help the end user or to handle the task by himself. Support services provided on Level 2 very often involve the delivery of documentation prepared for the purpose of an ERP global project. Helpdesk services at the headquarters should be provided by a consultant who has sufficient experience in Dynamics 365 Business Central to support key users in subsidiaries.

Level 3: Helpdesk at the headquarters – Support of a global partner

As a partner, IT.integro provides support for Microsoft Dynamics 365 Business Central users in Poland. In the case of global projects, we have encountered new several problems which did not appear in the projects delivered in Poland. These problems became evident when more and more companies submitted their demand for help desk service and they included:

Solving the problem of responsibility for modifications entered within in the system by various partners and the customer. In the case of big installations, multiple stakeholders develop the application, which means that errors are difficult to track back.

Knowledge transfer from the implementation team to a global helpdesk

The completion of Microsoft Dynamics 365 Business Central implementation is followed with post go-live support. When the support is ceased, the customer should be able to manage and use the system without any assistance. However, it is a frequent case that despite trainings completed, customers still require some support (which can be delivered within level 2). In the case of group projects, which involve managing complex installations, the system is developed even after its roll-out to the last subsidiary in the group. Nevertheless, development tasks should be delivered within a defined response time and solved with no delay. For this reason, in such organizations, helpdesk tasks come down more to development and error resolution than to user support (this is called level 3 support). Between the completion of implementation by the project team and taking the customer over by the helpdesk department, knowledge has to be transferred. Knowledge transfer ensures that the helpdesk department is able to deliver its tasks accurately and efficiently. We use the two knowledge transfer models presented below.

Obviously, the preference is model 1, but it requires customer’s early decision on using helpdesk after the implementation is completed. If such a decision is not made early enough or it is impossible to delegate a helpdesk consultant during the project, only model 2 can be applied.

As organizations expand globally, their needs and ambitions change due to thescope and complexity of their operations and the challenges they face at the local level. 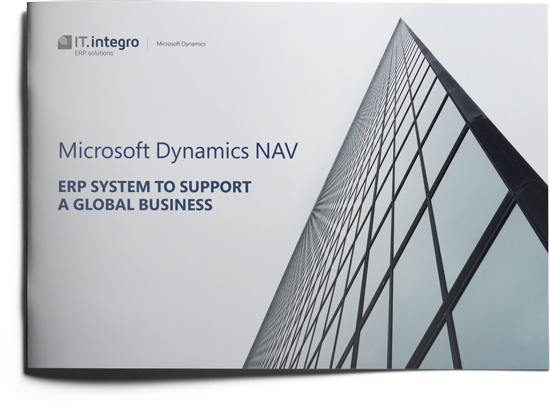 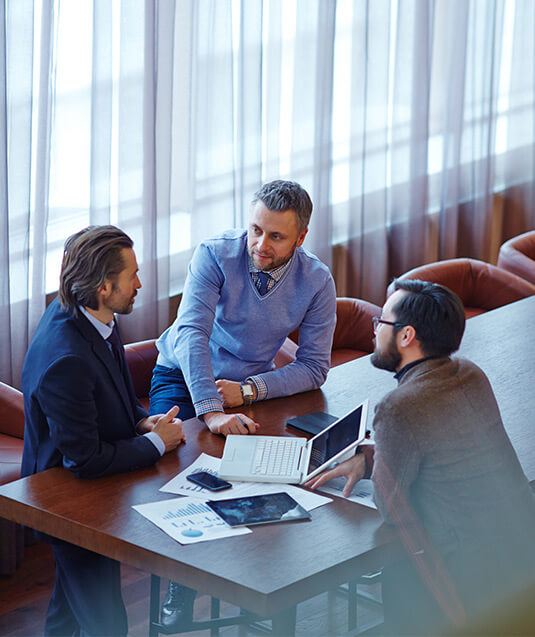 The end user reports an issue by registering it on a specific portal or by sending an e-mail to a defined address (then the request is created automatically). Notifications that are submitted to the helpdesk department are divided into various types of issues (network, hardware and obviously Business Central). Microsoft Dynamics 365 Business Central partner has access only to Business Central service requests.

It is a good practice to send an automatic e-mail to the specified address each time a new request is created or a change is made in the existing request. A well-functioning incident management system for helpdesk should allow to:

Our experience in global projects started with helpdesk services. In 2006, we started providing support to a company with 15 subsidiaries in Europe and Middle East. Even though considerable system modifications were implemented, little time was needed to familiarize the users with the updated system and to provide efficient support. Our customer hired two NAV (now known as Dynamics 365 Business Central) consultants supporting the company internally. They requested our assistance only when dealing with more complex and demanding problems. The company was so content with the high level of services that over time they entrusted us with system upgrade and harmonization in the whole EMEA region.

The final step in developing our concept for helpdesk services for global Dynamics 365 Business Central installations was to delegate a dedicated team, which consists of consultants and developers with rich experience in international projects. At this level, we cease to apply the procedures described above and we provide support using incident management system.

Helpdesk services for our second global client were rendered as part of Microsoft Dynamics 365 Business Central global rollout . Our support encompasses more and more subsidiaries as we extend the implementation of a standardized global solution. During the first month after the system go-live which is the time when users have numerous questions regarding system usage and system modifications, helpdesk services are delivered within the budget allocated for roll-out. After this period, support services are rendered within the so called “iHelp” system. All problem notifications are handed over to a competent person in the company headquarters. Easier issues are solved internally, whereas more complex ones are forwarded to us. The whole process is highly systematized and structured.

The helpdesk department registers all service requests that are reported after system go-live. The customer has usually 2-4 weeks to report a problem to ensure it is solved “within the project scope”. During this time, it is important to determine e.g. whether all requirements have been met, confirm data import etc. ERP system acceptance is completed and from this moment onwards, helpdesk services are provided to the entire global group.