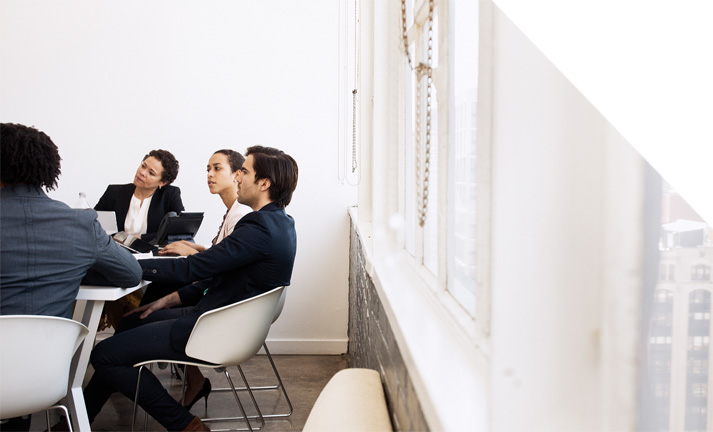 08 Jun One or multiple teams in charge of global Microsoft Dynamics NAV rollout?

One may think large scale projects such as global rollouts require plentiful workforce (project teams). From my point of view, engaging one project team will prove the most effective. Why? Because of knowledge consolidation.

Global rollout of Microsoft Dynamics NAV is a series of repetitive project operations.Harmonization of processes, data, functionalities and setup in ERP systems may not make sense in companies with subsidiaries managing diversified business activities. Two types of companies, however, are likely to opt for such Dynamics NAV projects: business whose subsidiaries already work in a similar manner or those whose activities should be standardized. Having defined project assumptions  (first phase of NGSRM methodology – Strategy) and developed Global Template(second phase of NGSRM methodology – Global Template), the subsequent stages are in fact proper Microsoft Dynamics NAV implementation phases carried out in compliance with the same model. Let’s have a closer look at two scenarios: global roll-out managed by several teams and project execution supervised by only one crew.

Global project assumptions and constraints are determined between the company management and the project team. Let’s call it a central team. Once the customer’s requirements are laid down, the team develops a project concept which is then forwarded to the local teams responsible for implementing the global ERP solution at the respective subsidiaries. Each team needs sufficient time to get to know the project scope and objectives  and carry out the implementation in a selected subsidiary. However, what’s missing here is the work continuity. Customer and project knowledge gained by the central team does not necessarily speed up implementation works or enhance the quality of the locally implemented system. Project tasks at respective subsidiaries are carried out by dedicated local teams. Once the project is completed in one subsidiary, team’s participation in the project is over as well.

In this scenario, one team is responsible for both: defining objectives and scope of global Dynamics NAV standardization as well as solution implementation in successive subsidiaries. As a result, expertise gained during development of the global concept is applied and expanded during rollout carried out at other subsidiaries. Knowledge of the consultants grows bigger as the project progresses.

Advantages of working with one global team of Dynamics NAV consultants

Single team of Microsoft Dynamics NAV consultants, dedicated to the global project will perceive the entire project from the headquarters perspective. In case of working with multiple teams, only the global project team will have such perspecive. Local teams, will be focused on the subsidiaries.

Working with one project team, the Global Template (System Core) may be approached in a dynamic manner. If the same group of people develops a global concept and then implements it in other subsidiaries, they have a chance to improve it on a regular basis. And it is not only error corrections in the concept itself that I have in mind. During roll-out it may turn out that some interesting functionality used in one subsidiary may prove useful in other subsidiaries. The team may consider adding it to the template and promote it across the whole organization. For example, AVK Group subsidiary in France for many years used the conditional discount feature. It was required by the French law  so it became part of the local system. The module proved helpful enough to be incorporated into the template. It was then implemented in many other countries.

Over time, a selected group of consultants implementing the same solution at various subsidiaries, acquires vast practical knowledge of the company. Such unique know-how is available only to very few employees. Once more, experience gained during AVK project came in handy, as we frequently shared our expertise with AVK headquarters in solving local problems faced by subsidiaries.

Focus on business goals of the headquarters, not subsidiaries

Projects managed by one single team are more coherent. Generally,  if one team of consultants is engaged in project realization, they tend to concentrate on the needs and requirements of the headquarters. And the other way round – if several teams carry out project works, it is needs of each subsidiary that are given priority to. The reason behind such approach may seem simple. Working for one client for a longer period of time, single project team intends to meet the headquarters’ needs as it is the decision-making body having the final word on the implementation partner selection. In case of several project teams, the scope of communication with headquarters is limited. In practice, subsidiary employees may impose their decisions on project teams. As a consequence, teams are more keen on acting in compliance with headquarters’ interests…..What’s more, they are less likely to accept ideas put forward by subsidiary employees who may try to force some local modifications in the global concept. The more changes are submitted, the more subsidiaries depart  from global assumptions. In such a case, global standardization of Dynamics NAV becomes somewhat pointless.

Our experience from previous roll-out for AVK Group from Denmark as well as other similar projects shows that average implementation costs are decreasing with each roll-out. It is the result of knowledge consolidation of the consultants, which was discussed in the last post. Drawing on their extensive experience, they are implementing the system in subsequent subsidiaries more and more smoothly and cheaply.

Obviously, carrying out global roll-out by one single team is not always possible. If the global solutions is to be launched at short notice, multiple teams working simultaneously as well as major commitment on the client part are required.

It also means that all project costs must be covered in a relatively short period of time. From the financial and organizational perspective it is, in  most cases, not feasible. In my opinion, employing one global team of consultants for Microsoft Dynamics NAV standardization will work the best.