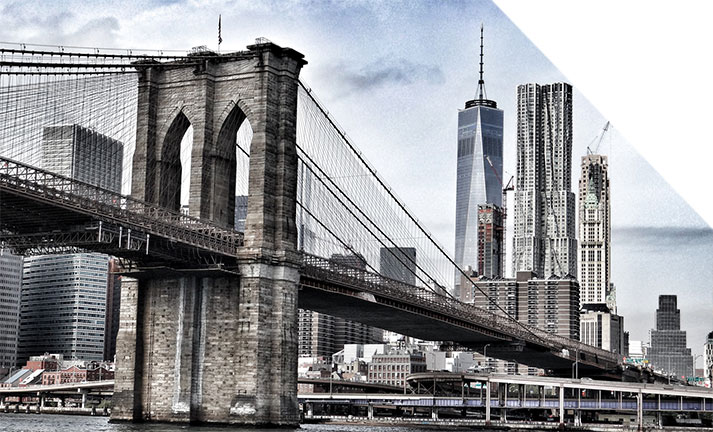 Recently, I have participated in a very interesting project which involved merger and acquisition of four companies using consolidation and standardization services in Microsoft Dynamics NAV (Navision). Compared to other Navision implementation projects that we carried out for global companies so far, it was a brand new challenge. What we did in the previous projects was just a system upgrade or new Microsoft Dynamics NAV implementation based on the Navision Global Template which incorporated standardized processes, data and functionalities. To a large extent, projects carried out at respective subsidiaries involved copying global settings to the local databases and adjusting them to the local needs and requirements.

The project I would like to discuss in more detail was carried out simultaneously at four separate entities, all of them working on Navision. However, the project objective  was not to upgrade various system versions to new one but to add three companies to the fourth already existing location. After companies acquisition (all of them used Navision), the global board of management decided on company mergers. The idea was to merge them into the local subsidiary. It was evident that what had to be done was to migrate the data from the newly acquired companies to the existing subsidiary, so that all companies could work on one system.

In the meantime, at the headquarters, there were works underway on the development of the so called Navision Global Template for the whole global group which was to include standardized data and processes for all subsidiaries. Generally, when global companies commence works on the development of the Navision Global Template, local projects must be put on hold so that all local modifications could be implemented in compliance with global standards. All the major changes in the local system, including process modifications, are carried out once the processes applicable to the whole group are defined (they belong to the change management area during global ERP deployment). Only then is it the right time to implement new processes in various subsidiaries.

In case of our client, the problem was that IT changes resulting from the company acquisitions had to be implemented right away to enable faster company merger. What’s more, it was necessary to provide Navision support services to already operating systems. Thus, a decision was made to run the project before completing works at the headquarters.

In this case, before company merger, all acquired businesses worked on one Navision database. However, as they used different system versions than the headquarters, Navision data migration as well as data adjustments (data cleansing) were a prerequisite. It was not an easy task to take on as there were significant differences in data structures.

Data cleansing in Navision (e.g. checking whether the same item could be found with different identifiers in different databases) is another key stage in this type of projects. In international companies, making sure that item numbering (standardization) is compliant with group standards is also of primary importance. However, as I noted earlier, defining global procedures was still in progress and there was no one common policy of item numbering. Thus, data standardizationencompassed only four merged companies. Customization of data to meet the global standards adopted by the group was not required.

A tool for Navision data migration prepared by IT.integro proved very useful in the entire merger and acquisition process.

Process standardization in Navision is a must

Standardization of processes before company merger was an additional stage of the project. Data migration itself wouldn’t have been sufficient if purchase, sales and warehouse processes hadn’t been standardized. It was necessary to ensure not only standardized Navision master databut also unified procedures once the work with the system commenced.

What about Navision customization?

Talking about the merger and acquisition, the issue of customization in various systems may be tackled. A question to be answered is whether modifications prepared in the source system should also be implemented in the target system. In this case, Navision customization prepared in various system versions did not match. The board of management decided that the project would not include programming works in the target system. As one of the used modules was of critical importance to business operations, it was properly adjusted and transferred to the target system.

The project involved the acquisition of two American companies from the same industry: Pickseed USA and Seed Research of Oregon. Prior to that,  DLF group had one branch in the United States – DLF International Seeds. In August 2013,  DLF Trifolium board of management decided to purchase these companies and form a new business unit operating under the brand name of DLF Pickseed USA. As all of them used the ERP system Microsoft Dynamics NAV, a decision was made to migrate the data from the system used by the acquired companies to the one used by the already existing branch.

IT.integro is not only responsible for data migration but also for standardization of processes in all group companies. An additional challenge is to transfer a dedicated module for managing relationships with seed suppliers to the target system DLF International Seeds is currently working on . The migration is scheduled for the 1st of January 2014. From that day on, all companies will be managing the same business processes with one common ERP system.

As DLF-Trifolium greatly appreciates  our expertise in international projects, they already entrusted us with several smaller projects in the past. However, we will be able to make the most of our wide experience in global Microsoft Dynamics NAV rollouts carried out in compliance with Sure Step Methodology during the integration of American companies.

DLF-Trifolium is a market leader in the production of grass seed and forage clover. The company employs 650 people and has 20 subsidiaries worldwide. DLF-Trifolium is often chosen as the main supplier of grass seed to the world-famous stadiums hosting major sports events (e.g. next year’s  FIFA World Cup in Brazil).