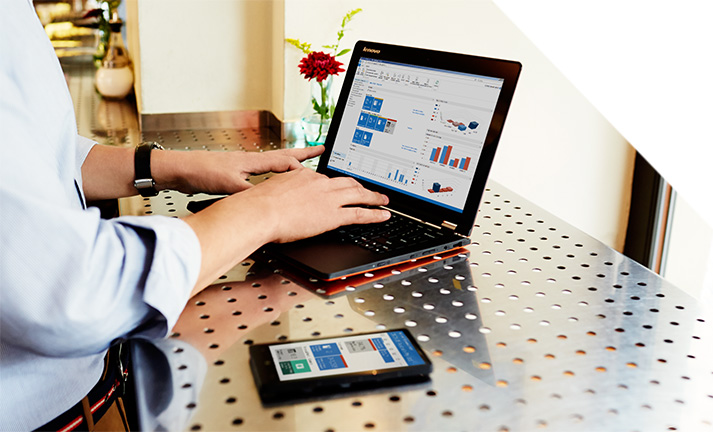 When initiating the standardization or consolidation of a global ERP system, it is necessary to preplan and define the structure of the chart of accounts. The definition has to include ranges within which local modifications are possible. As our experience shows, for most of accounts the same standard range can be specified, notwithstanding the country where the ERP system – Microsoft Dynamics NAV – is being implemented. However, the chart of accounts has to include country-specific account ranges for local modifications. For example, local modifications might be needed on VAT accounts. Local regulations for VAT are very country-specific; which results in VAT account discrepancies in various countries; nevertheless the posting group remains the same for each country. It is also applicable to bank accounts. In some countries such as Poland, companies hold a variety of bank accounts in various financial institutions. Commonly, for each bank account a separate account is created in the general ledger. Thus, companies operating in countries such as Poland use multiple bank accounts in their chart of accounts. This fact has to be taken into account at the stage of Global Template development when a group chart of accounts is defined. Otherwise, its implementation in a local subsidiary might not be possible. The standardization of specific ranges limited to the level of posting groups meets the requirements of headquarters. As far as country-specific accounts such as bank accounts are concerned, the main focus of headquarters is the possibility to view available cash in each subsidiary. Such information can be easily retrieved (regardless of the number of bank accounts) from the chart of accounts that has been created according to the mentioned guidelines. The headquarters want to view balances which means the overview of account group. It remains unchanged for each subsidiary. Therefore, differences in the number of banking accounts between subsidiaries do not influence the consolidation. For more information onfinancial consolidation in the ERP Microsoft Dynamics NAV, please see our website.

A starting point for building a group chart of accounts

Local legal requirements on reporting and chart of accounts are applicable for such countries as France and Brazil. In these countries, reports compliant with local legal regulations have to be exported periodically from an ERP system (such as Microsoft Dynamics NAV). In Brazil, this operation has to be processed on monthly basis, whereas in France – annually. Probably, these are not the unique cases and such requirements are likely to prevail in many other countries. Microsoft Dynamics NAV offers account schedules which can be used for this purpose.

Problems with the group, global chart of accounts in France

„No 2” field in the chart of accounts

There is one more method for solving the problem of inconsistency between the chart of accounts required by local tax authorities and a group chart of accounts implemented within the Microsoft Dynamics NAV ERP system. The method involves the functionality of field „no 2”, which enables the assignment of account numbers required by local legal regulations along with standard numbers (field „no 2”) used within the system. This solution was applied by one of our customers, for whom we have implemented Microsoft Dynamics NAV in Poland. However, in my opinion account schedules offer a better solution. If field “no. 2” is to be used anyway, users should not be permitted to assign account numbers on their own. By default, they should be only permitted to use a group, global chart of accounts. Commonly, if users are allowed to use local account numbers and a new group chart of accounts, they choose local chart of accounts. On the other side, if local numbers are hidden, the process of implementing group standards is more effective.

The standardization of charts of accounts is related to the issue of inventory valuation methods. They influence the structure of chart of accounts. As an inventory valuation method, companies in Western European countries typically use standard cost. If this method is accepted as a standard one for the whole international company, it may collide with local regulations in some countries. For example, in Germany and South Arabia, inventory levels have to be calculated based on the FIFO valuation. In Brazil, weighted average is used as a basic valuation method. Due to the fact that standard cost is a primary valuation method within the system, a separate report is needed to fulfill such specific local requirements. A required report can be generated in MS Excel or in the Microsoft Dynamics NAV ERP system using an „Alternative valuation method”. This functionality is not available within the standard Microsoft Dynamics NAV (Navision) version. We have developed it for one of our customers.

Is it a good idea to use global and local charts of accounts in one company?

Accounting changes affecting chart of accounts are crucial element of ERP system implementation carried out in a group of companies (the so called corporate implementation). An ideal solution would include one chart of accounts for all company subsidiaries (more about that in the other post: Global chart of accounts – potential problems of Dynamics NAV systems consolidation). Unfortunately, employees of accounting departments are not very keen on accepting changes made in charts of accounts. However, their reluctance resulting, in most cases, from their working habits has deeper roots. In some parts of the world, including Central and Eastern Europe, accountants may be held liable for any inconsistencies in the accounting ledgers. No wonder, they may fell anxious about planned modifications.

Two versions of chart of accounts

Some time ago, I took part in Microsoft Dynamics NAV (Navision) implementation project in Polish subsidiary of some global company. I would like to highlight the fact that we were responsible only for implementing the ERP system in Poland, not for the global accounting setup of the entire group. The company headquarters introduced some modifications concerning chart of accounts in its subsidiaries in Central and Eastern Europe. In theory, they wanted to address the problem connected with the unified chart of account imposed on all subsidiaries. However, the headquarters realized that they were not able to develop one chart of accounts that would meet the requirements of all subsidiaries. A special functionality was prepared allowing the user to work with two numbers of the same account:

At first glance, the solution seemed to be a very smart one. The headquarters reached their goal – the subsidiary was able to use the global chart of accounts and its employees could work the same way as before.

Employees reluctant to shift to the global chart of accounts

What about global chart of accounts with areas subject to modification?

In case of projects based on NAV Global Standardisation and Roll-out Methodology we take a completely different approach. We define one chart of account for the entire group, but only part of it can be locally modified. Although such changes would be more difficult to implement, in the long-term the solution, in my opinion, would work out for the best. Obviously, it must be well thought out. However, the areas subject to changes should be big enough to allow their local adjustments in subsidiaries. In case of the company in question, the headquarters did not realize that one subsidiary could have e.g. 100 bank accounts. The global chart of accounts consisted of only 4 numbers for bank accounts.
In my opinion, the most optimal solution is to prepare a unified chart of accounts allowing some local adjustments. We successfully adopted this approach during Microsoft Dynamics NAV implementation for one of our customers operating in over 30 subsidiaries in almost 20 countries. I believe this approach may be used in many other global companies. Chart of accounts with two separate numbers, smart as it may seem, in practice did not work out.