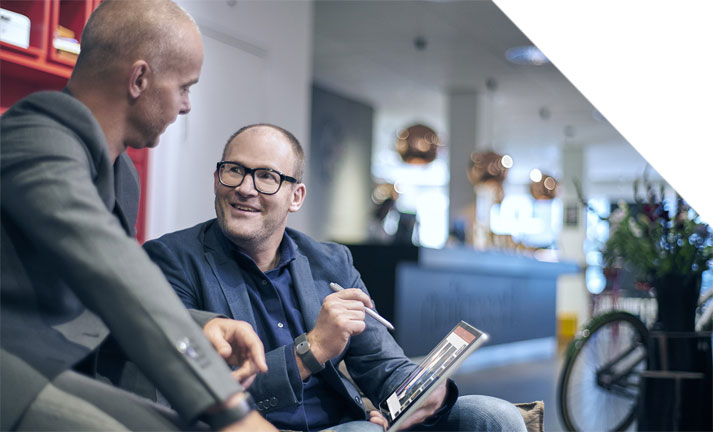 08 Jun My experience with choosing partner for global roll out

Posted at 11:41h in Expert's Blog by Henrik
0 Likes
Share

As IT manager of Wrist Group I had experience with Microsoft Dynamics AX global roll-out. We worked with a prestigious Danish global AX partner. So when I started working for AVK, I was just after another global roll-out of the ERP system. I knew well what we need when we are looking for an international Microsoft Dynamics NAV (Navision) partner. But I was also aware of how many project resources we will have to utilize. And I knew that it would be too expensive to have a Danish international Dynamics NAV partner to carry out this global deployment.

AVK headquarters in Galten (near Aarhus) in Denmark

To extend IT department or to find an external global Microsoft Dynamics NAV partner for the international roll-out?

I had two options. First was to extend the IT department with the right level of resources and competencies. It seemed very cost effective. But by doing this we would build a relatively large team of IT people. After the roll-out we would stay with that number of employees who would no longer be required. That resource factor caused that we started to search for external supplier which would be cost effective, who would be able to provide the right level of resources and competences at the right time.

First reason was that AVK was a large international company. We already had some experience with Danish Microsoft Dynamics NAV suppliers. But the experience was that even though they were good, they were also expensive. That is why we started thinking about cooperation withPolish international Microsoft Dynamics NAV partner. Primarily because of the cost level in that country. When I started considering that approach I contacted our subsidiary in Poland, who mentioned that they were very satisfied with the level of service IT.integro already provided them. They realized that the business they did with IT.integro was relatively limited. But they suggested setting up a meeting. During the meeting I was very positive about the information I received. I mean the cost level, the size of IT.integro as the international Microsoft Dynamics NAV partner, the project reference cases which was presented and the right level of resources.

I have heard that when contacting companies from Western Europe IT.integro quite often experiences that it would be easier for them to convince their prospects if we were also from the west. Not from Poland. I was also a little bit concerned, but not very much, because otherwise I would not go into that cooperation. Since the very beginning of my cooperation with IT.integro I felt that there was a good match between our companies.

Of course I would prefer to work with Danish global Microsoft Dynamics NAV partner if the cost level was the same or if the level of experience or competences was at a higher level. In these circumstances no doubt I would choose a Danish global Microsoft Dynamics NAV partner. But the reality was that IT.integro level of competences was acceptable, and the cost level was much lower. Of course choosing IT.integro involved some complexities. Take travel costs or language issues as examples. But end-to-end the advantages of choosing IT.integro were overwhelming.

IT.integro asked me to share with some of my opinions about their performance during the Microsoft Dynamics NAV (Navision) international roll-out for AVK at this blog. I was the IT Manager of AVK since 2008 till 2011.

IT.integro’s role in the international Microsoft Dynamics NAV project for AVK was extremely important. We avoided too much co-ordination between IT.integro, AVK IT department and the subsidiary where Microsoft Dynamics NAV was launched. Thereby avoiding higher project cost and longer project lead time. It was very important that IT.integro took full responsibility towards the local subsidiaries from initial contact to evaluation of the project. They also acted on behalf of AVK IT department as its natural extension. This was a very important success factor which IT.integro fully supported.

One of the largest and most advanced Microsoft Dynamics NAV projects

IT.integro had to learn much throughout the process. I think it is fine, because taking into account what kind of project it was, I believe that it was one of the largest and most advanced Microsoft Dynamics NAV projects from the international roll-out perspective. The level of ambition was quite high. And I think we both learned much from the process itself. IT.integro advantage was also that they already had very long experience with both Microsoft Dynamics NAV, project management and even more importantly experience with international projects. I realized that afterwards, when we did the cooperation. So definitely IT.integro proved its high level of competences and experience.

Of course you can find bigger Microsoft Dynamics NAV projects taking into account the number of users. But the  complexity here was that AVK is an international manufacturing company with large scale of intercompany trade, which had an impact on our requirements. There are already 30 subsidiaries working on the same ‘global template’ which is used in very similar manner everywhere. The number of subsidiaries involved still grows. When you take all these factors into account I don’t think you will see plenty of so advanced Microsoft Dynamics NAV projects done before. Normally I don’t think people believe Microsoft Dynamics NAV is the right solution for this kind of projects.

You know, in IT projects communication is always a challenge; project members have different orientations – some very technical and some business oriented. Adding English as the only project language used was a quite natural thing to do in an international company like AVK; and it was actually quite beneficial, because most of the project activities were executed in the different countries anyway. I do not feel that the need to communicate in English has added problems throughout the project. So comparing communication in English with IT.integro and in our native Danish language with subsidiaries, I would say that the level of understanding was the same. The only difference was the language we talked. But this is the way how it should be. Because as a global company, we should communicate in English.

The project is a great success. Choosing IT.integro to become a global Dynamics NAV partner and continuous development of that cooperation within 3 years when I was a head of AVK’s IT, was the most important mission that I made being an IT Manager ever. And also the best decision I have made in my professional carrier.  Without blinking an eye I can say that it was a great decision. The cooperation was very fruitful. We succeeded with most of our objectives based on the business case which was prepared prior to the project launch.

It is the projects nature, that you always face some kind of challenges. From time to time we faced some difficulties in personal relations between AVK and IT.integro employees for example. But the very good thing was that IT.integro always quickly did something about it. In general there was nothing worth mentioning here. There was no any important area where the cooperation was bad. IT manager at Desmi A/S

He is the head of IT Department of a global pumps supplier. In his previous workplaces he was responsible for global roll-outs of ERP systems. First, as IT Manager at multinational Wrist Group involved in ship supply, he was part of the Microsoft Dynamics AX global roll-out. Later, as IT Manager of AVK Group, he became a head of global roll-out of Microsoft Dynamics NAV in that company. He was the one who chose IT.integro to be the global partner for that project. And then through 3 and half year he was one of the key people in the project team.